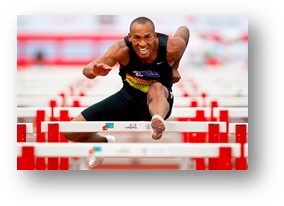 Damian competes for Canada in the Decathlon. Comprised of 10 track and field events, the Decathlon is considered to be the best all round test of an athlete’s skill and endurance.

On Tuesday, July 29, Damian captured the GOLD medal in the Decathlon at the 2014 Commonwealth Games in Glasgow!

We’re incredibly proud to support Damian and look forward to support him in his journey to the 2016 Summer Olympics! Over the course of our sponsorship, Damian will share stories with us on his experiences and will be partnering with us to run some fun contests with cool prizes for our Members! We’ll be sharing further details with you over the coming months.