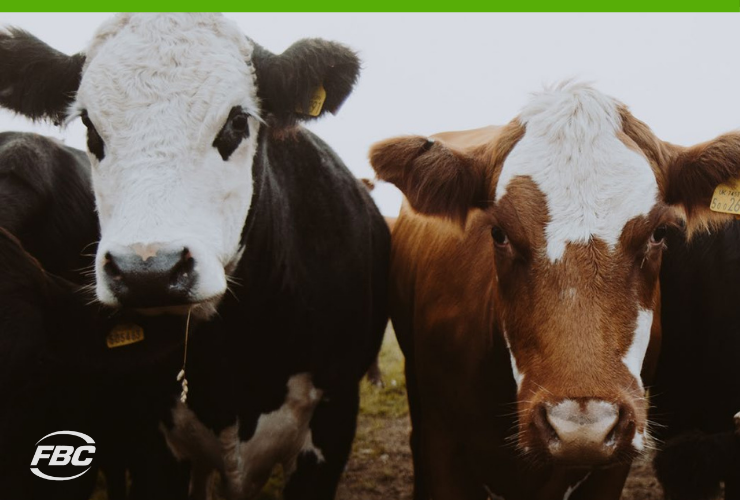 This case-study is a follow-up to the Transition Planning for Farmers: Third-Party Facilitators article.

When Tom Greaves’s father-in-law, Calvin Pitura, first approached him with a job offer for a management position at Pitura Seed Service, Tom came back with about one million questions. The young man already had a rewarding career and wasn’t sure the pedigreed seed business was the right direction for him. Tom would be working closely with his brother-in-law, Connor, who was offered a similar position for the family’s second business, Pitura Seed Farms. Tom and Sheena, Calvin’s daughter, had been married just the year before. They didn’t want the decision to impact their relationship or that of the family’s. What if it didn’t work out? Or worse, what if he and Sheena decided to split sometime in the future? It was a big decision, one that required clear and open communication between all parties. Fortunately, Calvin was prepared, having sought the counsel of Craig Manness, president and senior business coach at Impact Group. In his role as a third-party facilitator, Craig helped the family work through their many questions and come up with a transition plan that met everyone’s needs.

Based in Domain, Man., Pitura Seed Service operates one of the largest family-owned pedigreed seed processing facilities in Western Canada. They have been in operation since 1950. Until recently, Calvin Pitura and wife Barbara Strath-Pitura co-owned the company. In preparing for retirement, the couple approached Tom and Connor to first manage, and later co-own, the two separate businesses.

At first glance, Tom’s response should have been simple. Having grown up on a family farm, he always wanted to farm full-time, but his parents’ farm was only large enough to support one family. After receiving a diploma in agricultural studies, Tom worked first as plant manager at the Puratone Corporation, and later as director of operations at Manitoba Harvest Hemp Foods and Oils. While the offer to head the seed business was tempting, it meant leaving a good position.

“I didn’t think there was that much exciting happening in the seed industry,” said Tom. “But as I did more and more research, it became very apparent how much opportunity there was.”

As the circumstances around the transition were not exactly normal, Calvin decided to bring Craig in. Not only is he an expert on transition, he’s also married to Calvin’s sister, which meant he understood the family’s needs quite well. Craig was able to address Tom’s many questions and walk them through a full gamut of scenarios.

Not all of the discussions were centred on business; some were of a personal nature. Sheena and Tom did not want to work in the business together, and Sheena was doing very well at her current job and wanted to continue building her career.

“We talked about putting in some minor rules,” said Tom. “And one of them was that Calvin and Barb couldn’t approach Sheena for at least three years to come join the business.”

Another conversation centred on presence at family suppers. While it might seem unimportant, Craig wanted them to understand that Tom might not always want to spend his personal time with his extended family, so they shouldn’t expect him at every family dinner.

“Everyone was okay with that,” he said. “But trust me, I always make it because I never want to miss a meal.”

Before transition talks began, Calvin and Barb worked closely with Craig to draw up job descriptions that were complete with roles and responsibilities. If all went well, the aim was to have both Tom and Connor in management roles, followed by co-ownership. The talks brought up some big questions. Namely, what would happen if it just didn’t work out, and was there an exit plan in the event that it didn’t?

“Family still has to be the most important thing if this doesn’t work,” said Tom. “We need to be able to unravel it and have everyone in a good place still. Part of that meant not doing ownership right off the bat.”

One of the first changes they made in the transition process with Craig was to the organizational chart. Initially, Calvin and Barb remained active in management of the business, but later they took seats on the board of directors. As they moved to the board, Tom and Connor moved into presidential roles. Having this structural hierarchy in place was extremely important to the success of the transition, said Tom. It allowed him to learn the overall operations of the business while getting to know its employees and customers.

Before Tom took the job offer he also consulted with friends and work colleagues. Many warned him against working with family. He says having those early conversations helped him shape the questions he’d later pose to the transition coach. Discussions around what would happen if Tom and Sheena ever split, for instance, got more serious as they started moving towards ownership. Newlyweds are often understandably uncomfortable talking about divorce, but Tom needed to know the process no matter what happened. It was an awkward conversation, but necessary, he recalled.

Having a third party facilitator present was integral to guide those conversations especially in the initial phase, said Tom. Having him there removed the risk of miscommunication, and therefore, any possible tension going forward.

“Whether you’re an in-law, a son or a daughter, it’s those big questions,” said Tom. “It’s those life changing ones that need to be put on the table. Because if you’re not talking about them, there’s a lot that could happen. You need to get everyone on the same page. There is no unspoken agreement. You need to talk about it.”

In total, the entire transition process took about a year to complete. Craig worked closely with the family every step of the way. Today, Tom is president of Pitura Seed Service, and Connor is president of Pitura Seed Farms, but the businesses are co-owned. Craig continues to work closely with both companies, helping them to improve internal communication to strengthen relationships with their employees.

Next up: Getting down to dollars and cents

Don’t want to wait for Part 3? Download the full guide to Transition Planning for Farmers here: 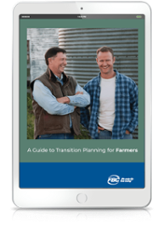