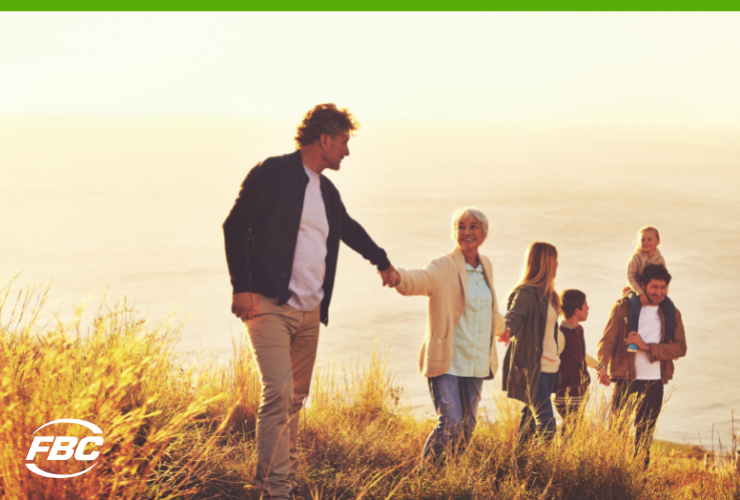 Bill C-208 passed royal assent at the end of June. Since then, there has been some confusion on its application and what the legislation will and will not permit.

Canada’s Finance Minister has now confirmed that the bill is federal law, but there are intentions to amend it in November of this year to support genuine intergenerational share transfers and to provide some clarity in areas that may allow for abuse for the purpose of tax avoidance.

Bill C-208 amends the Income Tax Act to provide tax relief to those who wish to transfer (sell) shares of their farm, fishing or small business to their adult children or grandchildren. It allows for the intergenerational transfer of shares to be treated the same as the sale of those shares to an arm’s length (unrelated) corporation.

Prior to this bill passing, when a business owner sold/transferred shares of their incorporated business to their adult child or grandchild, they would be taxed at the dividend rate (up to 48.27%). However, if the business was sold to a non-family member, the seller would be taxed at the lower capital gains rate (up to 27.0%) and be able to use the capital gains exemption to reduce or fully eliminate their total income tax payable.

This was designed to close a tax-avoidance loophole by families taking advantage of lower tax rates while not actually changing the ownership of the business.

Bill C-208, as currently written, has inadvertently paved the way for “surplus stripping” by permitting business owners to convert what would otherwise be a dividend to a capital gain. Without a “genuine transfer” of the business taking place, the government is concerned that the integrity of the tax system will be compromised.

The surplus stripping “loophole” is one of the reasons the current government intends to amend the bill in November of this year. We will provide some examples of the application of the bill to the sale of your incorporated business to family members, but these are all pre-amendment.

Will Bill C-208 impact the sale of my business?

If you are considering the sale or transfer of shares of your incorporated farm, fishing or small business to your adult children or grandchildren, you may be able to take advantage of the capital gains exemptions and lower tax rates allowed for in this bill.

As the law is written today, you may be able to strip cash out of your private corporation with no personal tax whatever, up to the Lifetime Capital Gains Exemption (LCGE) limit of $892,218 (or $1M in the case of farmers and commercial fishing operations).

How would I take advantage of lower tax rates through Bill C-208?

Today, without any amendments to the law, the following criteria must be in place when transferring or selling shares to family members. Proceeds from the sale will be treated as capital gains and not a dividend, allowing the seller to benefit from lower tax rates:

Example scenarios of the application of Bill C-208

The following examples are provided for informational purposes only. FBC considers the potential tax savings available through Bill C-208 to be a high-risk strategy because of the likelihood of retroactive legislation. Using the law as it is currently written could expose you to penalties, fines, and audits. Therefore, we are not recommending that FBC Members take any action at this time.

Her total income puts her in the combined top personal marginal tax rate of 47.74%. Mrs. Smith wants to withdraw $100,000 from her incorporated company.

Now, under the new legislation, Mrs. Smith sells the shares of Company A for $100,000 to one of Company A’s wholly owned subsidiaries for cash, this is now considered a capital gain, not a dividend, and is only taxed at 26.77%. In this case, she’s paying $26,770, which results in a savings of almost $21,000 in personal income tax for Mrs. Smith.

How is this possible?

Before Bill C-208, Section 84.1 of the Federal Income Tax Act prevented individuals from stripping cash out of a corporation on a totally tax-free basis by using the Capital Gains Exemption. However, until new intergenerational restrictions are finalized later this year, this may now be possible.

To emphasize the importance of paying attention to the forthcoming amendments, there will likely be a serious risk to business owners taking advantage of this inadvertent tax “loophole”.

Mrs. Smith has no plans to sell Company A, but she wants to strip the cash from it to minimize her personal income tax payable. She sets up a new incorporated business, and both she and her daughter each invest $100 in this newly formed “Company B”.

Mrs. Smith receives 100 fully participating common shares and her daughter receives 100 fixed-value preferred shares – which give her voting control of Company B.

Mrs. Smith sells her shares of Company A to Company B for a promissory note of $892,218.

This sale is treated as a capital gain, but by using the LCGE, she pays zero-tax.

Company A pays a tax-free cash dividend of $892,218 to Company B, and Company B repays the promissory note. Mrs. Smith continues to operate the business and benefits from any future earnings or increased value in Company A.

How is this possible?

There is one basic test that must be met under Bill C-208: Mrs. Smith’s children or grandchildren must control Company B — and thanks to $100 of voting preferred shares, her daughter does.  The new legislation (pre-amendment) allowed Mrs. Smith to strip cash of $892,218 out of Company A at zero tax to her by taking advantage of the LCGE (saving almost $426,000).

However, the amendments that are under review will include requirements for (or against) parent involvement in Company A or B as laid out in the scenario presented above.

A word of caution

Given the upcoming amendments, we recommend proceeding with extreme caution if you are considering taking advantage of this law before they come into effect. Moving forward with the sale using the law written as-is, is high-risk and may expose you to penalties, fines, and audits.

The proposed amendments to the bill will include safeguards to address surplus stripping. Based on the government release dated July 19th, intergenerational transfers of shares will likely require that children or grandchildren own all or substantially all of the common shares of the purchaser corporation and indirectly of the subject corporation, and that the children become (or remain) involved in the business on an active and continuous basis. New rules will also restrict the new relief to shares of smaller corporations.

Per the government release, some of the amendments include (source):

Once the amendments go through a consultative process and review, they will be introduced in a new bill and apply as of either November 1, 2021, or the date of publication of the final draft legislation – whichever is later.

Will there be retroactive legislation?

Given the tax-avoidance potential of Bill C-208 as it is currently written, retroactive legislation is very likely.

We appreciate the question of fairness when taxpayers are following the law as written, and as it stands today, the above scenarios would be permitted.

However, on June 30th, the government announced that they are considering a retroactive repeal of the law, giving Parliament the right to proceed with the announced repeal if it decides.

If the retroactive appeal is put in place, those taking advantage of the “tax-avoidance loopholes” will be required to pay the taxes due, along with potential fines and penalties. Going through the process of reversing the now illegal action will not absolve the taxpayer of these consequences.

What should I do?

While the decision to propose an intergenerational transfer or surplus strip is very tempting it can be a high-risk event and one that should not be considered lightly.

The potential is there to save a considerable amount of money, but it is also dependent on events that remain out of your control.

Given the likelihood that retroactive legislation will be in place following the passing of the amendments to the bill, we’d recommend holding off any major decisions on the sale and structure of your incorporated business until clarity is provided by the government.

If you’re an FBC Member, please contact your local FBC branch to determine what the right strategy is for you.

We will provide further updates when the amendments have passed.

Need help with your business tax and back-office obligations?

For more than 65 years, we have worked with tens of thousands of farmers and small business owners across Canada. We optimize their tax returns, maximize their tax savings, and support their back office needs with bookkeeping and payroll. Our legal services including minute book filing and annual returns.

To find out more about how we can support your business, take 15 minutes to connect with us so we can get to know each other. Request a consultation here.