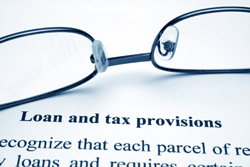 Do you have excess funds in your corporation which you would like to withdraw but you want to avoid taking income with the related tax implications?

Or do you have children who are also shareholders and you want to lend funds to them?

Withdrawing the funds as a loan seems like a good strategy, but under tax law this too may end up being considered as income in the year the loan was made.

Loans Can Be Considered Taxable Income by CRA

Persons who don’t deal at arm’s length with a shareholder (i.e., a family member) are considered connected with that shareholder under the Act.

There are exceptions that provide some relief to this subsection of the Income Tax Act. For instance, if the entire loan is repaid within one year after the end of the taxation year of the lender, the amount will not have to be included as income. However, it may still be subject to an imputed interest charge.

The situation becomes more complicated if the repayments are tied to a series of loans over the course of those years.

If all or part of the loan is forgiven, the forgiveness amount would be considered a capital gain to the shareholder and taxed at 50% of the amount.

Interest on Loans Taxable Even When Not Paid

CRA also considers that a taxable benefit has been received if interest on the loan has not been paid within 30 days after the lender’s year-end. The interest rate is considered to be an amount greater than or equal to the prescribed interest rate set by government which is currently 1% per annum.

If the proceeds of the shareholder loan were used to produce income from a business or property, the amount of interest paid can be claimed as an interest expense tax deduction.

Loans are possible to shareholders (non-arm’s length or otherwise) as long as the loans are also available to all employees of the corporation and not offered to individuals specifically in their capacity as a shareholder.

If loans are made with more favourable conditions attached to employee-shareholders and such terms are not available to other employees, the loan is considered to have been made to the individual in their capacity as a shareholder.

Loans to employees for the purchase of a house, auto or shares are also exceptions to the general rule on the taxation of loans.

All loans should be properly documented either in a written agreement or other documentation such as a corporate resolution setting out the terms of repayment.

Read the following Knowledge Centre articles for more information on shareholder loans and how you can pay less tax: