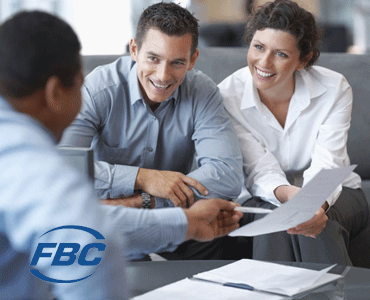 Your province of residence for the purposes of computing provincial tax payable is where you have the most significant residential ties.

Because marginal income tax rates can vary significantly by province, a growing number of Canadian taxpayers are looking for ways to shift income to a province with better rates. Recent court decisions indicate, however, that the province-of-residence issue might be getting more attention from the taxman.

CRA states that generally a taxpayer is subject to provincial tax on his income from all sources when he is resident in a given province on December 31 of a particular taxation year. The taxpayer also is considered to be resident in the province where he has significant residential ties.

If a taxpayer has ties to more than one province on December 31, CRA considers him to be resident only in the province where he has the most significant residential ties for the purposes of computing provincial tax payable.

Among the factors used by CRA in determining a taxpayer’s principal province of residence are the province:

A decision in the Supreme Court of British Columbia confirmed that, where there are disputes as to province of residence, decisions will be made based on the specific facts in each situation.

One of these cases involved John Mandrusiak, a 75-year-old taxpayer who was born, raised and educated in Alberta. In 1980, he and his wife purchased a 1000-acre farm in Alberta and set up a home and farming operation there.

Mr. Mandrusiak continued to own and operate the farm during the 2000 to 2002 taxation years in question as well as during his BC Supreme Court trial in 2007. Since the 2000 tax year he had been assessed as an unrestricted farmer.

For 25 years Mr. Mandrusiak also was employed off-farm as an accountant in Alberta before his employer transferred him to British Columbia in 1987. At that time, the Mandrusiaks purchased a home in Vancouver, which they continued to own at the time of the trial.

When Mr. Mandrusiak first took up his new post in BC he thought he would be there only a few years; however, his work kept him there much longer than originally expected.

Between 1987 and the time of the trial, the couple lived in their homes in both BC and Alberta, spending slightly more time in BC than in Alberta each year. They did, however, always spend Christmas and New Year’s at their Alberta home.

The couple attended churches, received bills and financial documents, and made charitable donations in both locations. Since 1988, Mr. Mandrusiak held a BC Care Card for his health care.

While Mr. Mandrusiak had access to motor vehicles in both BC and Alberta, he always had an Alberta driver’s licence and vehicles that were registered in Alberta.

Mr. Mandrusiak filed his 2000 through 2002 tax returns as a resident of Alberta, which had marginal tax rates less onerous than those of BC. CRA, however, reassessed him on the basis that he was principally resident in BC during that time.

After evaluating his social and economic ties to both jurisdictions, the judge in the Supreme Court of BC ruled that Mr. Mandrusiak’s social and economic ties to Alberta were stronger than those in BC. This was in spite of the Court’s determination that Mr. Mandrusiak spent about 7 months in BC and 5 months in Alberta (excluding holidays) for each of the tax years in question.

In ruling in Mr. Madrusiak’s favour, the judge noted that, not only had he been born, raised and educated in Alberta, he also raised his family there and worked there for many years.

His children, grandchildren and mother resided in Alberta during the years in question and his connection to the province remained strong in spite of his work-related relocation to BC. Alberta was Mr. Mandrusiak’s principal province of residence.

CRA seems to be monitoring taxpayers’ province of residence more closely these days on behalf of the provincial jurisdictions. So, if you find yourself living in more than one province and hope to use this to your tax advantage, keep the above in mind.

Contact us if you would like a free consultation to find out how FBC can help you with your small business tax needs.