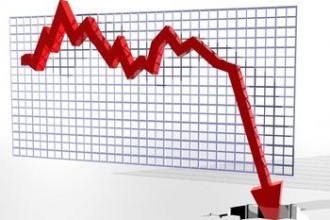 Review your portfolio of non-registered investments with a view to possible tax-loss selling. This involves selling losers prior to year-end to achieve a tax loss that can offset capital gains incurred this year and/or possibly in past or future years.

Don’t simply forget that delisted dog sitting in your stock portfolio. It might still be worth money.

Review your portfolio of non-registered investments with a view to possible tax-loss selling. This involves selling losers prior to year-end to achieve a tax loss that can offset capital gains incurred this year and/or possibly in past or future years. Note the word “selling.” Normally you can’t claim a capital loss on an asset until it’s sold.

While investors are generally aware of tax-loss selling strategies, many are less familiar with the rules regarding capital losses on stocks that haven’t just dropped in value but actually have no value at all and can’t be sold because the corporation has gone out of business and is no longer traded on any stock exchange. Consider, for example, all those companies that went bankrupt during the dot com bust.

If you hold stocks in such corporations, it might be possible to elect a deemed disposition at nil proceeds under Subsection 50(1) of the Income Tax Act and take a capital loss on them if the corporation has gone legally bankrupt or been subject to a winding up order under the federal Winding Up Act.

Alternatively, a loss is available if all the following conditions are met:

Note that the Canada Revenue Agency (CRA) has acknowledged that it is possible for a corporation to be insolvent at the end of a taxpayer’s taxation year and subsequently become solvent again. Should this happen, however, it would be difficult to show that it was reasonable to ever expect the corporation to become active again after it had been dissolved or wound up.

Capital Loss From Other Investments

Capital losses can also be claimed on investments other than shares. Included here are losses on mortgage investments, junk bonds, and business loans or advances.

For example, you bought a bond at a premium over its redemption price because the coupon rate on the bond was higher than comparable interest rates. You would have a capital loss if you held the bond until it matured.

If you have a loss remaining after current gains are offset, it can be used to reduce taxable gains to generate a tax refund in any of the 3 previous years (2009 through 2011) or in any future year.

You might also be able to claim a second type of special capital loss known as an Allowable Business Investment Loss (ABIL). In this case, your losing investment (shares or debt) must be in a private Canadian company, as opposed to a publicly traded corporation.

Such a loss is deductible not only against capital gains, but also against all other sources of income in the year incurred just like any other business loss. If a capital gains deduction was claimed in previous years, the deduction for the ABIL is reduced. To the extent that the ABIL is so reduced, that portion reverts to a regular capital loss.

ABIL status is available to some companies, whose shares do trade over the counter, but the company must not have chosen public status for income tax purposes, and it must also qualify as a “small business corporation.” This means at least 90% of its assets are used principally in active business carried on primarily in Canada.

Investments in companies that meet the same conditions as those listed above can trigger an ABIL relative to “regular” capital losses.

Loss Sale Must Be Arm’s Length

Also keep in mind if you want to claim an ABIL that any sale of shares or debt must be to a person who is at arm’s length. This means the sale can’t be to anyone related to you for tax purposes – your spouse, child/grandchild, siblings, or a corporation you control. And if you happen to be the “directing mind” of the company or act in concert with the buyer, CRA might well disagree that the sale is at arm’s length. Be forewarned, too, that larger claims for ABIL deductions are frequently subject to special follow-up review by CRA, so be prepared to back up your claim.

The Business of Buying and Selling Stocks

A third loss category could be available to you if you spend much of your time trading in the stock market and can demonstrate you truly are in the business of buying and selling investments.

In this case, a full 100% of the trading loss is deductible, as a business loss against all types of income, not just capital gains. You may not even need to sell to claim your loss. Rather, you could write down the investment to year-end values each year. On the other hand, if the investment goes back up, you need to include the entire increase in income.

If you’re thinking of claiming this type of loss you need to be aware, first, that you might endanger your future eligibility for capital gains status on all similar investments and, second, that such claims are often carefully scrutinized by CRA.

In summary, while you might be able to gain some tax benefit from your losing investments, as with many other tax issues it’s best to consult your tax advisor for advice before taking any action.

A final point: if you’re planning on tax-loss selling this year, whether the investments are simply losers or totally worthless, make sure you sell by December 24. Three business days are required to complete the transaction before year-end.